Becoming a member is one of the most valuable ways you can support Good Gardeners International. 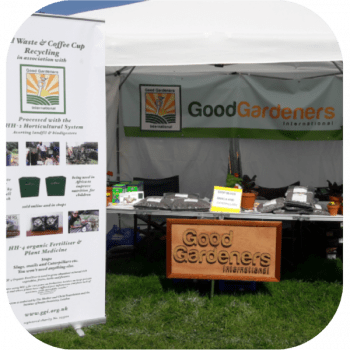 Hello and welcome to membership of Good Gardeners International.

You can join with an annual subscription costing £50. By doing so, alongside helping support our ongoing work, you will receive free growing advice on the No Dig/Zero Till system for your farm, garden or growing project, and how to maintain really healthy soil.

You can make your payment easily using our partner Nochex for Charities at the link below.

Richard Higgins, the current director, had his own website for many years www.suaglon.co.uk. He has brought together the team that will be training and installing the HH-2 Horticultural and Waste Management system. Many more schools and communities are applying to the Good Gardeners for assistance.

By recommendation of the previous Chairman Ramsay Shewell-Cooper and David Wilkin, of Pinetum Products, Richard has now taken over the role as the current chairman/director. 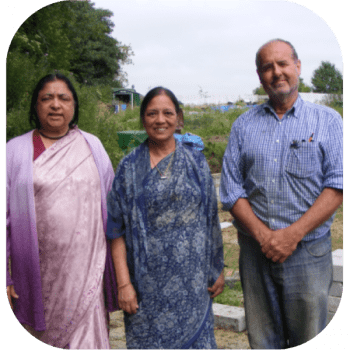 Why We Do What We Do

Richard has been confronting mainstream agriculture for a number of years on the state of soil degradation in the UK – also in Africa, 67% of all soils are degraded and overworked.

Richard met TRH the Prince of Wales at Poundbury and lectured at Coventry University on the Howard principles in 2009. He sent his Coventry lecture “Nigeria to go Organic” in 2005 to Prince Charles and received an immediate reply from TRH, who was very pleased that Richard gave this lecture seeing that he himself was unable to present a Howard Memorial Lecture that year. Richard has made several broadcasts on the subject of soil remediation which solves the problems of pests and diseases in farming and gardening and has lectured to the Soil Association at their event ‘year of the Soil’ in 2001.

Following this broadcast, Richard was invited to meet the top five soil scientists at the Rothamsted Research, the oldest research station in the world, where Howard had associations 100 years previous. The No-Dig school you might say started just after the war in 1947, as far as we can determine, with the publication of this little booklet Gardening without digging, which we still use today.

It gives full instructions for planting without digging with a comparison to the conventional method with digging. Results are becoming increasingly recognised for the extended benefits of the No Dig system. Howard’s work spread all over the world and now Higgins has updated the New Zealand compost box for the first time in the last 100 years with the HH-2 system.

Howard’s concept of culturing specific fungi and bacteria is now detailed in the HH-2 Operators Manual. With this process, you can create the consistent and fertile end product known as FRESH HUMUS or HH-4. These hot boxes are self convecting and self condensing and retain the valuable moisture that is added at the outset of the operational process. One pair of these boxes can produce 12 tons of HH-4 per year.

The Good Gardeners HH-3 DRY compost toilet system uses no water for flushing. It works in conjunction with HH-2 as an optional extra. The HH-2 is a superfast composting system that produces the finished product, HH-4, in 90 days.

Doing surveys in Africa took Richard to the source of the Nile and the Jinja forest. He was invited by many schools and they were keen to learn about the HH-2 Horticultural System as they had not been able to afford the chemicals needed to deal with the pests that attack the leafy brassicas etc., thus, children are found to be suffering from undernutrition or malnutrition in many schools in Africa.

Pit latrines have been the norm for decades across Africa and now the HH-2 technology is available as an option to change over to a productive sanitation system that benefits all kinds of communities, schools and establishments.

Please join the Good Gardeners and encourage the new generation to join Good Gardeners International too. This will give the people a sustainable future in which they can control themselves. Our aim is to provide this organic system so all people can grow their own healthy food and deal with sanitation effectively which can become an income-generating business. This will help them to stop leaving their villages for cities and for further afield.

We work with incredible partners to develop and install our HH systems.

We work tirelessly to develop solutions to help tackle some of the biggest problems we face – sustainable farming and pollution-free DRY sanitation. With your help, we can accelerate this work.