Yes in the fastest growing economy in the world – India – there are 500,000,000 people who practise OD (open defication). That’s half the country according to BBC News.

This is due to the slow to change, primitive, wholly materialistic and unfair and outdated  CAST SYSTEM.

Until this out dated and completely unfair system of education and working is updated there will continue to be chaos in the world of hygiene and sensibility.

is completely operable in all of rural and even peri-urban areas in India. It is the simplest of systems that is the least costly but probably one of the most effective. Without any high tech innovations our HH-2 disposal system with the HH-3 toilet is an innovative money maker! It produces an optimum fertiliser/soil conditioner that in the UK sells for £1 per Kilo.

We have been running this system for 20 years in the UK and “it’s all about education” says Richard Higgins the inventor and entrepreneur farmer from England.

So we are years ahead of the re invent the toilet challenge because we developed this system 20 years ago. Also each system that can handle the waste from 600 people daily, continuously offers  any man/or woman a job, yes a full time job. This is indeed an income generating toilet and waste management system that also cleans up all the other organic wastes in the area at the same time.               These are some of the extra features that HH-2 can do that the high tech solutions do not.

Wastes that are left lying about the place, like from markets, food production households etc., breed flies and rats! says Richard Higgins, I know I’ve been to India many times. The process completely sanitises the wastes, including female menstrual hygiene management (MHM), another genius plus attributal to the HH-2 system. In short the HH-2 system is a revolution in waste management.

Old style pit latrines and other waterborne sanitation systems can easily pollute water courses and produce nothing useful from the waste. Pollution to water courses causes more death on the planet than any other single factor,  (The World Health Organisation, WHO).  The second biggest spreaders of disease are rats and flies. 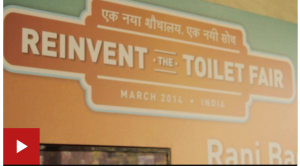 Recently two teenage girls from the state of Uttar Pradesh were gang-raped and found hanging from a tree after they left their village home to go to the toilet. Their house, like hundreds of millions of others in the country, did not have any facilities.

This is due to the CAST SYSTEM in India. The lower CASTES  are looked down upon, despised and in many other cases too, murdered.    (information from other BBC World Service Broadcasts)

Is India‘s lack of toilets a cultural problem? – BBC News

….Is the lack of toilets and preference for open defecation a cultural issue in a society where the habit actually perpetuates social oppression, as proved by the reduced but continued existence of ‘so called’ low caste human scavengers and sweepers?

It would seem so.

Mahatma Gandhi, had, in the words of a biographer, a “Tolstoyian preoccupation with sanitation and cleaning of toilets”. Once he inspected toilets in the city of Rajkot in Gujarat. He reported that they were “dark and stinking and reeking with filth and worms” in the homes of the wealthy and in a Hindu temple. The homes of the untouchables simply had no toilets. “Latrines are for you big people,” an untouchable told Gandhi.