BBC Farming Today – The War on Plant Pests and Diseases

As western institutions are still spending heaps of money on research of how to deal with these things, we must be years ahead of such institutions as we have already solved them 20 years ago. It would be better to spend this money on programmes like this

As previously pointed out. we have solved this type of pest and disease problems with the HH-2 method of fertility making. We need your support to get these enormous funding agencies to put some of their money where the solutions have been proven and are very cost effective to implement. This would save many many thousands of lives.

‘As we enter 2017, over 37 million people across Africa are without food,’ warns International Development Secretary Priti Patel. As part of its aid package, DfID has now given £16.9m to Unicef to help countries in southern Africa, which are approaching the “peak of the lean system”, the United Nations aid agency said in a statement. (The Independant) 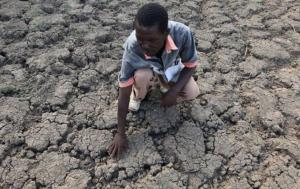 The clue is in the title…..War on Plant Pests……… It is not a war. You should not see it as a war. This is the Western fiscal mentality. Chemicals are only warfare. You should see it as a lesson……. Nature is your teacher  (Victor Schauberger). Nature is my mentor (Albert Howard).  Nature is the solution (Richard Higgins)

In 1995 Richard embarked upon a ten year study into fertility making and soil preservation tapping the works of Sir Albert Howard, The McCarrison Society and subsequent farmers and followers such as Friend Sykes’ Humus and the Farmer (co founder of the Soil Association) and Newman Turner’s Fertility Farming. This amounts to a PhD standard of education. Teaching these principles of fertility and sustainability and growing techniques to all peoples of the world, of all capabilities and backgrounds, is of the greatest satisfaction to me, says Richard. Natural Organic husbandry as taught by the ‘greats’ has always had a strong point of producing healthier plants and subsequently healthier food, even in difficult conditions of lack of moisture. This is the main thrust of my teaching. 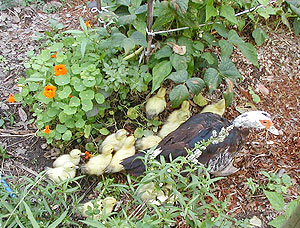 A study of more than 200 sustainable agriculture projects in 52 countries involving more than four million farms found that average increases in crop yields were 73 per cent.

The UN’s worldwide scientific review of agriculture damned industrial agriculture and concluded that “small-scale farmers and organic, agro-ecological methods are the way forward”.

“In the end, only a conversion to organic farming will allow us to maintain and even increase current crop yields,” another study concluded.

“Conversion to small organic farms would lead to sizeable increases of food production worldwide,” said yet another study.

“The truth, so effectively suppressed that it is now almost impossible to believe, is that organic farming is the key to feeding the world,” The Guardian newspaper reported.

Over the last 22 years while in India and Europe I have taught to schools and colleges and in many different types of communities (testimonials) to forward their understanding of nature and the sustainability of the world in which we live. I find it a continual source of inspiration.  I am now listed as an RHS speaker (Royal Horticultural Society) on fertility making for prevention of pests and diseases. I also teach at Colleges like the Easton and Ottley Agricultural College in Norfolk (MSc module).

It is understood that the methods I teach are far removed from today’s modern industrial agricultural atmosphere, but if one sincerely wants to solve the problems of plant pests and diseases not only in the UK but in Africa too, you need look no further. Sign up the Good Gardeners International (become a supporting member) with a yearly subscription (minimum £50, that’s less than £1 per week) and learn to grow your own pest and disease free crops. You receive a growing guide for the No Dig system. You might even qualify to be a teacher yourself, with us, to NGO’s and other organisations who might wish to offer our simple solution to these pressing problems in these times of climate change and drought